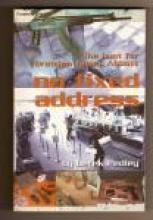 ′There is no single criminal that concerns police , and should concern the community , as much as Brenden Abbott.′ Detective Sergeant Trevor Jenkins, SA Police.

It began as a single file at the Perth Armed Robbery Squad and grew to involve every operational police officer in Australia. For five-and-a-half years, Brenden James Abbott was a grinning shadow in an Akubra who couldn′t be caught.

When on the run, Abbott traversed the nation with a regularity and breadth previously unheard of in the world of crime. And it was travel , as well as his much vaunted intelligence : that was the key to his success as a fugitive. There were suburban residences and an assortment of storage sheds and hideaways scattered across the country, but these served only as a base for operations -- there was no fixed address.

With each bank robbery and escape, Abbott became progressively more sophisticated in his approach, transforming the hit-and-miss occupation of violent crime into a precise art that netted millions of dollars.

The media, detecting a whiff of anti-hero from the start, followed Abbott′s career with glee, coining a new titles for every occasion: the Drop-In Bandit, the Postcard Bandit, the Speedway Captain and, in the end, simply Australia′s Most Wanted.