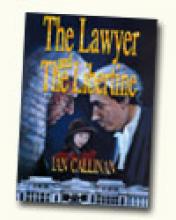 Mascot, Sydney and two boys grow to manhood in the depression and the war, bitter antagonists in love, law, religion and politics. One, an ascetic, outwardly conservative lawyer, is driven by deep passions that he tries but fails to suppress. He becomes chief justice of Australia. The other, a flamboyant, populist, Labor politician, also aspires to and reaches the heights of his profession.