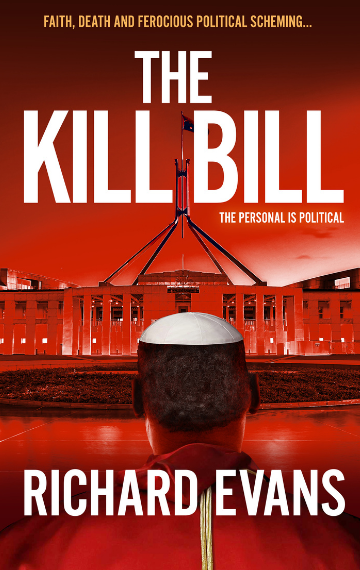 Richard Evans was born in Williamstown, in Australia. His eclectic career included service as a national industry leader, corporate senior executive, business owner, semi pro-footballer, actor, and media commentator. He was elected to the Commonwealth Parliament of Australia during unprecedented times in the 1990s, giving his books added authenticity. There's a political story everywhere. As a political insider, Richard recognises the tribalism, the warped egos, the ruthless power, and the lonely insecure life of a politician, therefore writing thrilling character-driven stories about this exotic, mysterious world. He is presently writing three series. The Democracy Trilogy provides insight into the ruthless nature of politics and the politicians doing whatever it takes to get what they want. The Referendum Series examines the social dilemmas within a community with the government seeking to hear from the population via referendum. Contemporary issues are examined, such as First Nation rights in Forgotten People, euthanasia in Kill Bill, and water rights in The Mallee. Jack Hudson MP is a 10 book series beginning with Horrible People and follows the power struggles and personal challenges of a novice member of parliament's career seeking to reach the ultimate leadership role of Prime Minister. Richard lives above a pub, opposite a church with his wife in the small bayside village of Williamstown, overlooking Melbourne, Australia.

Richard Evans is a Melbourne writer and historian.  He has worked as a journalist on newspapers and legal magazines, and was a lecturer in journalism at RMIT.  His work has appeared in HQ, Quadrant, The Age, Overland and The Republican, and been broadcast on Radio National.  His research into the Pyjama Girl mystery featured on the ABC TV program Rewind.