Not being at all adverse to a big suspenseful thriller I was more than pleased to get my hands on a copy of NZ author Steve Malley's book POISON DOOR.

Even more pleased that I didn't dither around like I'm wont to do and sat down and read it.  There's an awful lot to like about this book.  The story revolves around three main characters - Michelle Swanston, a 14 year old girl who lives a fair amount of her life on the streets - anything to avoid her drug addled mother.  Tommy Knowles is a thug - originally from London he's landed on the shores of New Zealand with a desire to control the country's heroin trade. Any way it takes.  Sarah Crane is a tough cop, in a country where the rules for cops and villains are changing rapidly.  The only way she can survive is physical prowess, quick wits and a sense of right and wrong despite her own difficult background.

That adds up to lots of elements that sound like we may have heard them all before.  With the potential for what sounds like it could be a pretty standard police procedural - brutal murders and young women disappearing - the lone wolf cop seeing a pattern and launching her own investigation.  The damaged child who needs to be protected from her own rotten background, triggering deja vu and sympathy in the cop who sees herself being mirrored.  The vicious little foreign criminal with no morals and no regrets.  His own difficult background forcing him to the dark side in direct contrast to the cop who dodged the temptation.

Even allowing for the thriller, noir stylings of this book (which are done extremely well with good pacing, a lot of tension and suspense, and a fair amount of super-human effort on the part of everybody - good and bad), what really stood out in POISON DOOR is some great characters.  All 3 of the main players in this book get an equal billing in terms of the readers chance to get to know them, and whilst there may be some elements to the setup that could seem a little manipulative from the blurb - at no stage does the reader feel themselves being pushed into any particular emotional reaction.  Sure Knowles is a nasty little piece of work - and as the book progresses he gets more and more nasty, but there are attempts to explain his own troubled background.  That doesn't excuse what he becomes, but does provide some explanation.  Michelle, despite her own background, isn't just a victim and there are glimpses of a strong personality emerging throughout the book that really make the reader want to cheer from the sidelines.  And Sarah, strong, determined, just a tad super-human in places, also is wonderfully human and fully developed.  She's actually a tremendous female character to get to know - difficult background but not necessarily damaged; tough as nails but not necessarily hard; smart but not above a bit of stupidity - especially when it comes to the men in her life.  Although there's nothing soppy or again, manipulative about the relationships in Sarah's life.

Set in and around Christchurch, the book doesn't dwell too much on place or necessarily even time.  The action does takes place a lot in the dark, in city lanes and buildings, and out in the country in suitably derelict and foreboding settings.  Sticking very true to it's roots as a noir thriller, the physical setting is more about the visceral response, as it's the action and the pace that are driving the story of this book forward and there is no time for sightseeing.  What does make it just that little bit different from the standard formula is, however, the characters, who have a realness about them that adds an extra level for the reader to get involved with.  I, for one, really hope that Sarah returns. 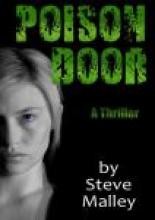 Sarah Crane is one tough cop. In a country where police don't carry guns but criminals do, she has to rely on the strength of her wits and the skill of her bare hands. Faced with a series of brutal murders and the disappearance of young women no one else seems to miss, she'll stop at nothing to get to the truth. In troubled young Michelle, Sarah sees a reflection of her own dark past.

Tommy Knowles is a vicious killer. From a London orphanage to the shores of New Zealand, he has risen from life on the streets to control this small country's heroin trade. Now his own success has led him to the edge of disaster. To secure the weapons he needs in the fight for his life, Tommy will trade as many innocent lives as necessary to secure his survival.

Michelle Swanston is fourteen and in danger. Safer on the Christchurch city streets than she is in her own home, Michelle's night wanderings take her into a hell worse than any she ever imagined. With no way of knowing who she can trust, no one else she can rely on, this terrified young girl is determined not to go down without a fight...