A New Name for the Colour Blue, Annette Marner 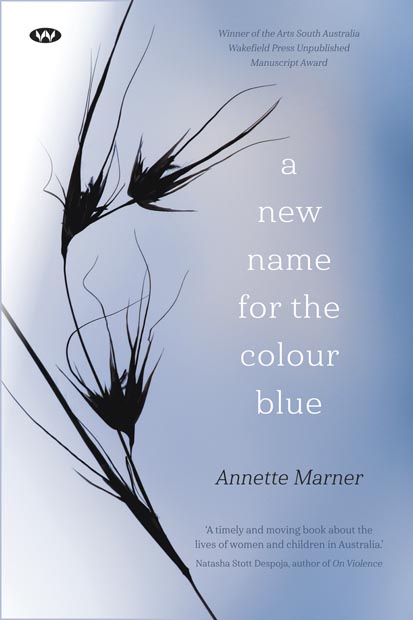 The debut literary crime novel by former ABC current affairs broadcaster Annette Marner, A New Name for the Colour Blue, is influenced by her decades of reporting on male violence towards women and girls. Set between Adelaide and the southern Flinders Ranges, it won the Adelaide Festival’s Unpublished Manuscript Award in 2018.