William was born in the United Kingdom in 1938 but has lived in Queensland since 1968. Married to a retired schoolteacher and with one married daughter who is a psychologist, William lives in Brisbane, Australia. A schoolteacher himself for twenty-five years, specialising in Foreign Languages and Classics, William decided in 1984 that someone else could do the next quarter of a century. He changed careers and worked for eighteen years as a probation and parole officer, although, as it turned out, there was little difference between being a schoolteacher and being a probation officer. Still the same challenge of the irresistible force meeting the immovable object, only this time without textbooks and a syllabus. In the mid 1990s William decided to turn seriously to writing. He attended a creative writer's course under the inspiring tutelage of Paulette Gee where he received an excellent grounding in the elements of the craft. Several of his short stories have appeared in collections published in recent years by Paulette Gee's own Debut Publishing Company. Nowadays William is a member of CrimeWriters Queensland and of the Fellowship of Australian Writers (Qld). His particular interest lies in painting psychological portraits of the characters he creates. 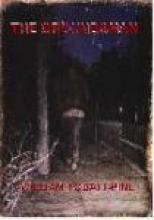 The Groundsman
2004
Posts About This Author