Venero Armanno was born in Brisbane of Sicilian parents who arrived there in 1949. Armanno has published in English and speaks Italian and Sicilian. In 1980 he received a Bachelor of Arts (Psychology) from the University of Queensland. From 1980-1990 he was employed in the computer industry as an Account Manager.

During those years he travelled extensively throughout Australia, France, Holland, Switzerland and Turkey. He is the author of five critically acclaimed adult novels and a short story collection.

Venero lives in Brisbane where he is completing a PhD at Queensland University of Technology and reviews books and films in his spare time. Venero has published two previous children's books, The Ghost of Love Street and The Ghost of Deadman's Beach in Lothian's After Dark series. Both these titles were CBCA Notable Books. Nic and Naomi is his first picture book. 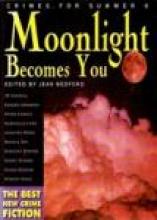 The Lonely Hunter
1993
Posts About This Author