'Yukito Ayatsuji' is the original creator of Another. He is a famous writer of mystery and Japanese detective fiction. He is also one of the writers that demands restoration of the classic rules of detective fiction and the use of more self reflective elements. He is married to Fuyumi Ono, author of The Twelve Kingdoms and creator of Ghost Hunt, Juuni Kokuki, and the author for a few other manga.

Yokomizo was born in the city of Kobe, Hyōgo (兵庫県 神戸市). He read detective stories as a boy and in 1921, while employed by the Daiichi Bank, published his first story in the popular magazine "Shin Seinen" (新青年[New Youth]). He graduated from Osaka Pharmaceutical College (currently part of Osaka University) with a degree in pharmacy, and initially intended to take over his family's drug store even though sceptical of the contemporary ahistorical attitude towards drugs. However, drawn by his interest in literature, and the encouragement of Edogawa Rampo (江戸川 乱歩), he went to Tokyo instead, where he was hired by the Hakubunkan publishing company in 1926. After serving as editor in chief of several magazines, he resigned in 1932 to devote himself full-time to writing.

Yokomizo was attracted to the literary genre of historical fiction, especially that of the historical detective novel. In July 1934, while resting in the mountains of Nagano to recuperate from tuberculosis, he completed his first novel "Onibi" (『鬼火』), which was published in 1935, although parts were immediately censored by the authorities. Undeterred, Yokomizo followed on his early success with a second novel Ningyo Sashichi torimonocho (1938–1939). However, during World War II, he faced difficulties in getting his works published due to the wartime conditions, and was in severe economic difficulties. The lack of Streptomycin and other antibiotics also meant that his tuberculosis could not be properly treated, and he joked with friends that it was a race to see whether he would die of disease or of starvation.
However, soon after the end of World War II, his works received wide recognition and he developed an enormous fan following. He published many works via Kodansha's Weekly Shōnen Magazine in serialized form, concentrating only on popular mystery novels, based on the orthodox western detective story format, starting with "Honjin Satsujin Jiken" (『本陣殺人事件』) and "Chōchō Satsujin Jinken" (『蝶々殺人事件』) (both in 1946). His works became the model for postwar Japanese mystery writing. He was also often called the "Japanese John Dickson Carr" after the writer whom he admired.

Yokomizo is most well known for creating the private detective character Kosuke Kindaichi (金田一 耕助). Many of his works have been made into movies. 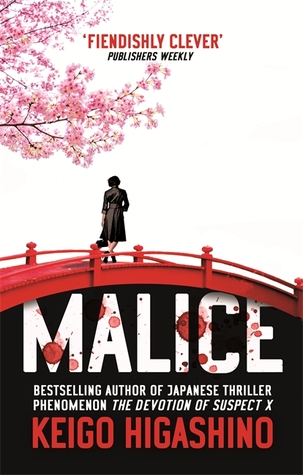 Keigo Higashino (東野 圭吾) is one of the most popular and biggest selling fiction authors in Japan—as well known as James Patterson, Dean Koontz or Tom Clancy are in the USA.

Born in Osaka, he started writing novels while still working as an engineer at Nippon Denso Co. (presently DENSO). He won the Edogawa Rampo Prize, which is awarded annually to the finest mystery work, in 1985 for the novel Hōkago (After School) at age 27. Subsequently, he quit his job and started a career as a writer in Tokyo.

In 1999, he won the Mystery Writers of Japan Inc award for the novel Himitsu (The Secret), which was translated into English by Kerim Yasar and published by Vertical under the title of Naoko in 2004. In 2006, he won the 134th Naoki Prize for Yōgisha X no Kenshin. His novels had been nominated five times before winning with this novel.

The Devotion of Suspect X was the second highest selling book in all of Japan— fiction or nonfiction—the year it was published, with over 800,000 copies sold. It won the prestigious Naoki Prize for Best Novel— the Japanese equivalent of the National Book Award and the Man Booker Prize. Made into a motion picture in Japan, The Devotion of Suspect X spent 4 weeks at the top of the box office and was the third highest‐grossing film of the year.

Higashino’s novels have more movie and TV series adaptations than Tom Clancy or Robert Ludlum, and as many as Michael Crichton.

A slight change of setting - moving to Tokyo and a book by an American Professor of Literature and author resident in Tokyo.

Born in Berlin, Ezra grew up along the Black Forest, in Switzerland, Australia, the Netherlands and across the South Pacific, and was largely educated in the US. He has lived most of his adult life in Japan and Southeast Asia, with longer working stints as university lecturer, newspaper reporter and photojournalist. Currently he lives in Bangkok.

Michael Pronko is an award-winning, Tokyo-based writer of murder, memoir and music. His writings on Tokyo life and his taut character-driven mysteries have won critics’ awards and five-star reviews. Kirkus Reviews called his second novel, The Moving Blade, “An elegant balance of Japanese customs with American-style hard-boiled procedural” and selected it for their Best Books of 2018.

Dear reader, you may know of my love of Japanese crime fiction.

SIX FOUR.
THE NIGHTMARE NO PARENT COULD ENDURE.
THE CASE NO DETECTIVE COULD SOLVE.
THE TWIST NO READER COULD PREDICT.

Hideo Yokoyama (横山 秀夫) worked as an investigative reporter with a regional newspaper north of Tokyo for 12 years before striking out on his own as a fiction writer. He made his literary debut in 1998 when his collection of police stories Kage no kisetsu (Season of Shadows) won the Matsumoto Seicho Prize; the volume was also short-listed for the Naoki Prize. In 2000 his story Doki (Motive) was awarded the Mystery Writers of Japan Award for Short Stories. His 2002 novel Han'ochi (Half Solved) earned a Konomys No. 1 and gained him a place among Japan's best-selling authors. He repeated his Konomys No. 1 ranking in 2013 with 64 Rokuyon (64), his first novel in seven years. Other prominent works include his 2003 Kuraimazu hai (Climber's High), centering on the crash of JAL Flight 123 that he covered as a reporter in 1985; the World War II novel Deguchi no nai umi (Seas with No Exit, 2004); the police novel Shindo zero (Seismic Intensity Zero, 2005); and the story collection Rinjo (Initial Investigation, 2004).

His debut novel Jū (The Gun) won the Shinchō New Author Prize in 2002. Also received the Noma Prize for New Writers in 2004 for Shakō[The Shade]. Winner of the Akutagawa Prize in 2005 for Tsuchi no naka no kodomo (Child in the Ground). Suri (Pickpocket) won the Ōe Kenzaburō Prize in 2010. His other works include Sekai no Hate (The Far End of the World), Ōkoku (Kingdom), and Meikyū (Labyrinth).

Set in Japan, this thriller came highly rated. I just wish I could remember who told me about it as I'd like to thank them.

Iwasaki Shiro, a 46 year old salaryman in Tokyo is having a midlife crisis. Unexceptional in his IT job, he works in the shadow of his boss’s charisma. His children are embarrassed by his mediocrity and his wife rarely thinks of him as an individual. He has nothing to show for decades of conformity and doing the right thing.

Miyuki Miyabe (宮部みゆき Miyabe Miyuki) is a popular contemporary Japanese author active in a number of genres including science fiction, mystery fiction, historical fiction, social commentary, and juvenile fiction.
Miyabe started writing novels at the age of 23. She has been a prolific writer, publishing dozens of novels and winning many major literary prizes, including the Yamamoto Shūgorō Prize in 1993 for Kasha and the Naoki Prize in 1998 for Riyū [The Reason] (理由). A Japanese film adaptation of Riyû, directed by Nobuhiko Obayashi, was released in 2004.

Shūichi Yoshida (吉田 修一) was born in Nagasaki, and studied Business Administration at Hosei University. He won the Bungakukai Prize for New Writers in 1997 for his story "Saigo no Musuko", and the Akutagawa Prize in 2002 (the fifth time he'd been nominated for the prize) for "Park Life". In 2002 he also won the Yamamoto Prize for Parade, and for winning both literary and popular prizes Yoshida was seen as a crossover writer, like Amy Yamada or Masahiko Shimada. In 2003 he wrote lyrics for the song "Great Escape" on Tomoyasu Hotei's album Doberman. His 2007 novel Villain won the Osaragi Jiro Prize and the Mainichi Publishing Culture Award, and was recently adapted into an award-winning 2010 film by Lee Sang-il.

Matsumoto's works created a new tradition of Japanese crime fiction. Dispensing with formulaic plot devices such as puzzles, Matsumoto incorporated elements of human psychology and ordinary life into his crime fiction. In particular, his works often reflect a wider social context and postwar nihilism that expanded the scope and further darkened the atmosphere of the genre. His exposé of corruption among police officials as well as criminals was a new addition to the field. The subject of investigation was not just the crime but also the society in which the crime was committed.