As part of the end of year on 4MA, everyone posts their top tens for the year (and the books that didn't work for them), so I thought I'd quickly duplicate the list of just the local books that I really enjoyed this year:

Bunny Munro sells beauty products and the scent of adventure to the lonely housewives of England's south coast.  Set adrift by his wife's death, he hits the road one last time - with his young son in tow.

At the close of a long day, Inspector Stephen Villani stands in the bathroom of a luxury apartment high above the city.  In the glass bath, a young woman lies dead.

Villani's job as head of the Victoria Police Homicide Squad is bathed in blood and sorrow.  His life is his work.  It is his identity, his calling, his touchstone.  But now, over a few sweltering summer days, as fires burn across the state and his superiors and colleagues scheme and jostle, he finds all the certainties of his life are crumbling.

A man is killed in a hit-and-run on a frozen mountain road in the town of Fairview, Colorado. He is an illegal immigrant in a rich Hollywood resort community not unlike Telluride. No one is prosecuted for his death and his case is quietly forgotten.

Six months later another illegal makes a treacherous run across the border. Barely escaping with her life and sanity intact, she finds work as a maid with one of the employment agencies in Fairview. Secretly, she begins to investigate the shadowy collision that left her father dead.

The maid isn’t a maid. And she’s not Mexican, either. She’s Detective Mercado, a police officer from Havana, and she’s looking for answers: Who killed her father? Was it one of the smooth- talking Hollywood types? Was it a minion of the terrifying county sheriff? And why was her father, a celebrated defector to the United States, hiding in Colorado as the town ratcatcher?

Adrian McKinty’s live-wire prose crackles with intensity as we follow Mercado through the swells of emotion and violence that lead up to a final shocking confrontation.

Nathan has never been able to forget the worst night of his life:  the party that led to the sudden, shocking disappearance of a young woman.  Only he and Bob, an old acquaintance, know what really happened and they have resolved to keep it that way.  But one rainy night, years later, Bob appears at Nathan's door with terrifying news, and old wounds are suddenly reopened, threatening to tear Nathan's whole world apart.  Because Nathan has his own secrets now.  Secrets that could destroy everything he has fought to build.  And maybe Bob doesn't realise just how far Nathan will go to protect them ... 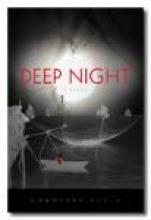 Leah Kolbe's father, a dealer in antiquities, left the business to her when he died.  Now the Japanese have occupied most of mainland China and threaten the British colony of Hong Kong where Leah lives.  When they unexpectedly invade, her fiance becomes a prisoner of war, interned under the harshest conditions with the rest of the colonialists.  She escapes to Macau, arriving there penniless after everything - including her shoes - has been stolen.

Leah finds a job at the British consulate and is accepted into local Portuguese society.  But when she is asked, she agrees to become a spy and to take a Japanese armaments manufacturer as a lover, putting her life in constant peril.

Claire is a Dunedin freelance writer who is hired by a dodgy lawyer to write a biography of a serial rapist at present in prison. She's wary, but she's a solo mother with a teenage daughter and desperately needs the money. The rapist's very name, Travis Crill, inspires revulsion from everyone she approaches, but despite many warnings she forges on. Crill himself, when she interviews him in prison, is chillingly charming. A rapist?

Initially there are few clues to how this man became a violent psychotic rapist, but slowly Claire begins to unravel the story. What are his parents hiding? Why did the rapes occur only every October? And how does he seem to know so much about her? If Crill is locked away in jail, why is Claire so paranoid? Could she be Crill's next victim? In the style typical of this genre, the novel explodes into a final terrifying climax which forces Claire into a violent confrontation with Crill.

When hordes of eighteen-year-olds descend on the Peninsula to celebrate the end of exams, the overstretched police of Waterloo know what to expect.  Party drugs, public drunkeness; maybe even drink spiking and sexual assault. What they don't count on is a brutal bashing that turns political.  The victim is connected.  And for Detective Inspector Hal Challis, newly embarked on a relationship with his sergeant, Ellen Destry, this is not the best time to have the brass on his back.  Especially when a bludgeoned corpse is found outside town and it becomes clear something much darker than adolescent craziness is going down.

Special Agent Sarah Reilly has just been decorated for bringing down one of America's worst serial killers.  Refusing extended leave, she goes straight back to work in the Boston field office.  But the murder of a child, Milo Kane, sees her transferred to LA to head up the FBI's investigating task force.

Within weeks, public sympathy for Milo's parents splinters into suspicion, and the LA District Attorney rides the wave against them.  Sarah suspects that the parents are withholding something and when she discovers their former bodyguard is missing, she inches closer to finding answers.

When Marion Summers - red-haired, beautiful and mysterious - collapses and dies in the rarefied surrounds of the London Library, DI Kathy Kolla and DCI David Brock are sent to head the investigation.  Kathy finds a reluctant kinship with the fiesty Marion, who had, like Kathy, left a difficult home life when young and struck out to London for independence.

Marion's research on the intriguing, adulterous circle of artists, wives, lovers and muses around Victorian artist Dante Gabriel Rossetti seems irrelevant, until the use of arsenic arises.  As Brock and Kolla get closer to the truth, another victim dies an excruciating death in a library, and it looks like a serial poisoner is on the loose.

Someone has stolen the world’s most valuable diamond and a constable lies unconscious in the British Museum, two sedative darts protruding from his backside.

Not something Gerald Wilkins knows or cares anything about.

Not until he finds himself on a private luxury jet heading for London to attend the funeral of a great aunt he has never met. Not until he inherits her estate, worth twenty billion pounds. Not until he opens a bundle of envelopes from his dead great aunt.

Was she murdered? Who stole the diamond? And what is the mysterious casket that everyone seems to be looking for?

With the help of the Valentine twins, the rat-fearing Sam and the gymnastic champ Ruby, Gerald’s got a mystery to solve. A mystery that will take them into secret passageways, a musty bookshop, an ancient crypt, a ruined tower and a colossal cavern where the secret of a priceless treasure lie