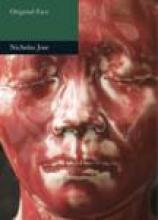 The drama begins with a body dumped in south-western Sydney - skinned, with no face.

Lewis Lin, taxi driver, photographer, recent arrival from Beijing, happens to be at the scene. With detectives Ginger Rogers and Shelley Swert in pursuit, Lin finds himself drawn into a deadly immigration racket, with a cast which includes a film-maker just in from LA, a Buddhist monk, a millionaire bachelor artist, a masseuse, a maniacal violinist, and a refugee assassin.

Part thriller, part ethnic noir, dark and comic by turns, Original Face offers a sensuous and highly coloured portrait of the jostling energies that make up life in the contemporary Australian city. Drawing its title from an ancient Zen koan, the novel traces the complicated manoeuvres by which people mask their identities, and the accidental pathways by which these hidden selves come to light.

Before your father and mother were born, what was your original face? This ancient riddle is about appearance and identity. Who are we really? We have a presence that can be accounted for by background, and a presence that appears in what we do and how we interact. In a diverse society such as ours people have many "faces".

They are known, and know themselves, in many different ways. And there's always that question, about who someone is, really.

Nicholas Jose was born in 1952, in London, to Australian parents. The following year his parents returned to Australia with him. He grew up in Broken Hill, Traralgon, Perth and mostly Adelaide, South Australia. He studied at the Australian National University, Canberra, and Magdalen College, Oxford. He has travelled extensively in Europe and Asia. From 1986 to 1990 he worked in Shanghai and Beijing where he was Cultural Counsellor at the Australian Embassy from 1987-1990. He has been based in Sydney since 1991. From 2002 to 2005 was was President of Sydney PEN. He currently holds the Chair of Creative Writing at the University of Adelaide