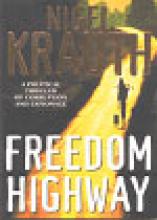 Thailand in the late 1950s,and Southeast Asia moves inexorably towards the Vietnam War. In preparation for the war, American, British and Australian agents are moving in. Businessmen, diplomats, aid personnel - entrepreneurs of all kinds - have come to the seedy streets of Bangkok to ply their trades. The newspapers are closed down, the military runs the drug-smuggling and the brothels, and the government rules via the televised firing squad.

Stephen Brasch, a young American lawyer working for the Rockefeller Foundation, comes to Thailand 'to do good' but discovers that 'good' can be interpreted in many ways - some of them fatal. When Brasch blows the whistle on a scandalous plot involving Thai government ministers, British and American businessmen and even the most celebrated US Presidential Candidate of modern times, he finds himself face-to-face with a Prime Minister who is renowned for taking a gun out of his office drawer and using it.

Nigel Krauth is a multi-award winning novelist whose career as an academic has been punctuated by periods as a full-time writer. He has won the Australian/Vogel Literary Award and the New South Wales State Literary Award for Fiction (The Christina Stead Prize), and was shortlisted for The Victorian Premier's Literary Award (twice) and the Age Book of the Year Award. His Research Masters degree focused on Shakespeare's major tragedies, and his PhD investigated imaginative writing set in Papua New Guinea and the South Pacific.