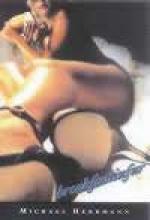 Night falls here in the City that never wakes up, let alone sleeps. It's 1991, and as bombs fall over Baghdad, the inhabitants of this Antipodean "Big Easy" are about to learn that February, and not April, is indeed the cruelest month.

Time to farewell Mark Throdeus - a suave politician with an uncomfortably dark secret - who's set to take a dive courtesy of his Russian Emigre wife, Svetlana.

breakfastinfur is Volume II of the White Trash Trilogy. More tales from a city which is mad, bad and dangerous to know..

Michael's work includes the novels bigjesustrashcan and breakfastinfur (both published by Fremantle Arts Centre Press) -  the latter nominated in the "Best Novel" category in the 2003 Ned Kelly Awards by the Crime Writers' Association of Australia. His stage adaptation of the 1989 Geena Davis/Jim Carrey film Earth Girls Are Easy received its concert debut at the Village Theatre in New York City in September 2002. As a producer (for Manifest Productions), he has presented Australian and New Zealand seasons by the likes of Malcolm McLaren, UK-based theatre company Snarling Beasties, Italian mime artist Ennio Marchetto and the National Symphony Orchestra of the Ukraine, amongst others. Michael recently completed a black comedy about militant anorexics entitled binge + purge and is currently tapping away like a Balinese monkey on his new novel singingbeforehunting - the final instalment in his White Trash Trilogy.