Vietnam Veteran Joe Gillespie is slow to anger but today, revenge drives his mood. He has had cattle stolen in the past twelve months and the police seem clueless.

Jeff Rankin an Aboriginal police officer charged with solving the last cattle theft is thrust back into the high pressure world of the Bikie Squad after the Gillespie’s find their homestead trashed. Attracted by their openness and resolve he falls for Tilly, Joe’s daughter.
A paddock full of poisoned animals set the trap for Joe to drive into an ambush. His assailants may be unknown but Joe is one farmer who won’t give in easy. Trying to outrun his pursuers Joe is in two minds as watches them in his rear view mirror. Through his dust he sees them crash off the road. Unsure about their condition he phones Jeff for assistance.

Three disfigured bodies lie beside the Hammond Road. Their identities wasted by shotgun blasts. DI Cassidy is soon on the scene and Joe becomes his prime suspect for the murders.

The Gillespies are still in danger. Joe has worked out who is targeting him, but all their research shows the suspect to be dead and lies buried in the Arlington War Cemetery. Joe is not convinced about the accuracy of the records and he and Jeff take to the air searching for the hideout.

Local Aborigines summon a Kadaichi to avenge their friends. Laura, Joe’s wife, sees this image salute her twice. A singing circle of women wails an ancient chant, their song aimed at helping Joe.

Thought too close to the family, Jeff Rankin is taken from the investigation, he and Joe work on finding the killer. Their plans are thwarted however when a mid air heart attack for Joe puts both of them in danger.

Will the police catch whoever is targeting the Gillespies before Joe dies? 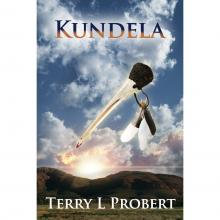 'In his right hand, he held the pointing bone. Having caught her attention, his eyes dropped to look at the bone and she watched as Kundela turned to sand and ran through his fingers, to form an eerie cloud in the shape of a death mask. Then the dust was gone and he raised his hand...'