There are days when the fact that I'm often so far behind with local authors that I could kick myself, and today is definitely one of those days.

HEAD SHOT is the debut novel for Jarad Henry, with Blood Sunset - his second book to be published by Allen & Unwin in 2008.

HEAD SHOT is a police procedural that's written with enormous aplomb and deftness.  The author has a background in the criminal justice system and that experience shows through, but doesn't overwhelm the reader.  This is not a police procedure manual, but a great book about a young cop who makes a convenient patsy for the corrupt and flat out criminal.

Set in Melbourne, the story is placed realistically in and around that town, and reading it now, with the knowledge of not too long ago underworld behaviour - well it really works as a fictional story, but there's just a little edge there that seems very realistic.

McCauley is a good cop, just over obsessed with his job, and weighed down by the implications of the job and the accusations made against him.  He finds himself partnered unexpectedly with a young female cop - Brit  - Constable Cassie Withers who married an Australian, moved to Melbourne and joined the police force.  Both characters have shattered personal lives behind them - but for different reasons, and both characters work well.  Either arguing the point with each other, not trusting each other, or working together.

I'm serious when I say I'm kicking myself for taking so long to read this book. 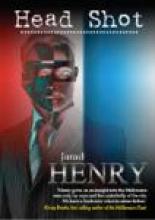 You've read the newspapers, now read the book! -  a .22 calibre pistol. Good for a head shot. Nice and neat. Professional!

An acquitted cop-killer is executed in a St Kilda back-street. Another gangland killing, or a rogue cop out for revenge?

Suspicion falls on Rubens McCauley, a maverick detective with a lot of motive and plenty of enemies. With his marriage in tatters and a team of elite investigators hot on his heels, McCauley needs answers - and fast. His hunt for the killer draws him deep into an underworld of gangsters, hitmen and dance parties - and a past he'd do anything to forget.