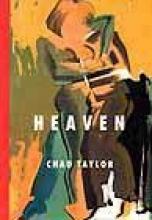 Heaven was written in 1994. I'd just finished Pack of Lies which was narrated by a woman who lies: it occurred to me that she might reveal at the end of the narrative that she wasn't even a woman. That doesn't happen, but it did start me thinking. The eponymous central character of Heaven is a transvestite, and flicks between different worlds: male / female, night / day, past / present. That's pretty much the story. I was working in Grey Lynn at the time and walking home most nights to Grafton: walking past the sex workers in Karangahape Road reinforced the idea of the Paradise club and how Stanner's world would look and operate.

The name Heaven came indirectly from a David Lynch quote about Twin Peaks actress Sherilyn Fenn (Audrey Horn): "She's five feet of heaven in a ponytail." I'd already started on the book and thought: what if you made it "six foot-five of heaven in ponytail"? What if "she" was a strapping "he" and yet still had these clairvoyant visions? You'd have a hard time convincing people that you were on to a good thing with her, right? That was a spur for the story.

Also in the back of my head was the idea that some creation myths refer to a unity of Heaven and Earth as a sexual union of celestial woman (or man) with terrestrial man (or woman). The two are later separated to make room for air and mortals. Angels, also, are supposed to be neither male or female. And so on: it's a common image. It's not detailed because the book is not a religious allegory, but the images were fundamental to the idea. Heaven as a character can't go on in the book if the other characters are to live. She / he has to separate: the versions of reality have to diverge.

Chad Taylor was born in New Zealand in November 1964. He grew up in Manurewa, South Auckland and read English and Art History while doing a Fine Arts degree at Auckland University's Elam School of Fine Arts. ("I wanted to do something creative and I wanted to find out how art worked. Also, all my favourite bands had gone to art school," he says.) While studying he wrote music and film reviews for Rip It Up magazine. 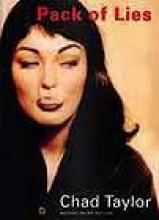