For Inspector Scobie Malone, a dinner party at the Sydney estate of Sir Harry and Lady Phillipa Huxwood, the fabulously wealthy heads of a publishing empire, proves to be an evening charged with tension between the Huxwoods and their squabbling children and grandchildren. The Huxwoods' own personal slice of the Sydney skyline - the Chronicle - is up for sale, and the family peace - if it ever existed - is about to be shattered by murder. During the night, Sir Harry is shot dead in his own bed, and his blood could be on the hands of anyone with a stake in the Huxwood dynasty.

Malone finds himself stepping into a frayed and damaged family fabric, seeking the thread that will lead to the killer. His investigation begins with the opulent Malmaison House, where Lady Phillipa presides over the sprawling Huxwood family and staff - a veritable viper's nest, covered by the sweet scent of roses, blooming en masse in a garden to rival the Empress Josephine's. Malone uncovers the stuff of headlines: a forgotten love affair; the wealthy business elite versus an excriminal on the make; a family dogfight over potential fify-million-dollar handouts; and a silence that has lasted twenty-five years. Amid unwanted interference from higher-ups and the attention attracted by this high-profile case, Malone is under pressure to come up with the true story, once and for all. The accusing finger points in all directions - and the resolution reminds us that duty and blood alone do not make peace in families.

Born in Sydney in 1917, Jon Stephen Cleary, left school at 14 and worked at a variety of jobs before joining the Army in 1940. He served in the Middle East and New Guinea, during which time he started to write seriously, and by the war's end he had published several short stories in magazines. His first novel, You Can't See Round Corners, was published in 1947, and won the second prize in The Sydney Morning Herald's novel contest. It was later made into a television serial and then into a feature film. Cleary worked as a journalist in London and New York from 1948-1951. It was in 1951 that his most well known book, The Sundowners, was published. It was later made into a successful movie. Cleary has been a prolific writer, having published more than 50 books. The first Inspector Scobie Malone novel appeared in 1966, and there are now 20 books in the series. Degrees of Connection won the 2004 Ned Kelly Award for Best Novel and is the final in the Scobie Malone series. In 1995 Cleary was awarded the Inaugural Ned Kelly Award for his lifetime contribution to crime fiction in Australia. 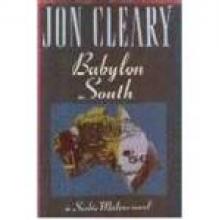 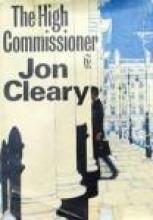