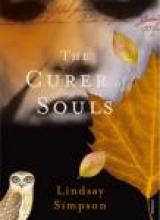 In London in 1865 Lydia Frankland finds a love letter written twenty years earlier by her late stepmother, Jane, to a natural historian at Port Arthur, Louis Lempriere. In the letter Jane confesses she is in love with Louis.

Lydia is horrified at her stepmother's apparent infidelity, and begins to read Jane's diaries. In them she finds more details about the time the family spent in Van Diemen's Land all those years ago, when Lydia's father, Sir John, was governor there. She reads an account of a macabre murder involving two convict boys; of horrible experiments conducted on prisoners held on the island; and of Jane's obsession with Darwin's theories of evolution.

Lydia realises there are secrets in her family's past, and she sails to Van Diemen's Land - now Tasmania - to unravel these mysteries. There she finds out more about her stepmother's friendship with LempriÅ re, and is forced to confront the fact that her father, whom she had believed a hero, upheld a sadistic regime in the penal colony. She is also transported back to a world where Charles Darwin's theories were emerging and threatening to take over long-held religious beliefs.

In this historical novel, Simpson intertwines real historical events and figures with her own fictions, to 'map the silences' that traditional history leaves untouched. She masterfully weaves the reality of the darkness of Van Diemen's Land with brilliantly realised imaginings of the past on this remote island at the end of the earth.

About the Author Lindsay Simpson is the author of six works of non-fiction. She spent twelve years as an investigative journalist with The Sydney Morning Herald and was the founding member of the Journalism and Media Studies program at the University of Tasmania in 1999. She lectures in journalism and writing at James Cook University and lives on Magnetic Island with her husband, Grant. They have five children. The Curer of Souls is her first novel.