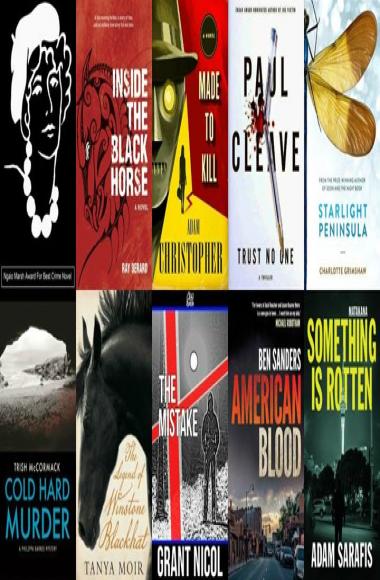 A record number of entrants and a kaleidoscopic range of crime tales illustrates the growth of New Zealand crime writing but provided a real challenge for the judges of the Ngaio Marsh Award for Best Crime Novel, who have revealed the longlist for their 2016 award today.

“In past years our judging panels have had some very close calls when it came to picking the winner, or tough choices for who’d be finalists, but this is the first time we’ve had such a log-jam of good books battling for the longlist,” says Judging Convenor Craig Sisterson. “Even with nearly a dozen debutant authors entering our new Best First Novel category instead, and the majority of our past winners and finalists not being in the running this year, the pool has never been broader or deeper.”

“That’s terrific for our local crime writing scene, of course, but does make life hard for the judges, and means some good novels that judges’ enjoyed have missed out. So I’d like to thank all the entrants this year, along with everyone who has come out and supported our Murder in the Library series of events up and down the country, celebrating local crime writers, the past few weeks.”

The longlist for the 2016 Ngaio Marsh Award for Best Crime novel is:

The judging panel of seven crime writing experts from New Zealand, Australia, the United States, the United Kingdom, and the Nordic countries, will announce the finalists in late July. The winner will be announced at the 2016 WORD Christchurch Writers and Readers Festival on 27 August.

The Ngaio Marsh Awards were established in 2010 and are made annually for the best crime, mystery, or thriller novels written by New Zealand citizens and residents. For more information, visit www.facebook.com/NgaioMarshAward(link is external) or email ngaiomarshaward@gmail.com