John Harvey (born 21 December 1938 in London) is a British author of crime fiction most famous for his series of jazz-influenced Charlie Resnick novels, based in the City of Nottingham. Harvey has also published over 90 books under various names, and has worked on scripts for TV and radio. He also ran Slow Dancer Press from 1977 to 1999 publishing poetry. The first Resnick novel, Lonely Hearts, was published in 1989, and was named by The Times as one of the 100 Greatest Crime Novels of the Century. Harvey brought the series to an end in 1998 with Last Rites, though Resnick has since made peripheral appearances in Harvey's new Frank Elder series. The protagonist Elder is a retired detective who now lives, as Harvey briefly did, in Cornwall. The first novel in this series, Flesh and Blood, won Harvey the Crime Writers' Association Silver Dagger in 2004, an accolade many crime fiction critics thought long overdue. In 2007 he was awarded the Diamond Dagger for a Lifetime's Contribution to the genre. On 14th July 2009 he received an honorary degree (Doctor of Letters) from the University of Nottingham in recognition of his literary eminence and his associations with both the University and Nottingham (particularly in the Charlie Resnick novels). He is also a big Notts County fan. 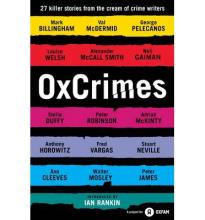