John Gregory Betancourt is a writer of science fiction, fantasy and mystery novels as well as short stories. He has worked as an assistant editor at Amazing Stories and editor of Horror: The Newsmagazine of the Horror Field, the revived Weird Tales magazine, the first issue of H. P. Lovecraft's Magazine of Horror (which he subsequently hired Marvin Kaye to edit), Cat Tales magazine (which he subsequently hired George H. Scithers to edit), and Adventure Tales magazine. He worked as a Senior Editor for Byron Preiss Visual Publications (1989-1996) and iBooks. He is the writer of four Star Trek novels and the new Chronicles of Amber prequel series, as well as a dozen original novels. His essays, articles, and reviews have appeared in such diverse publications as Writer's Digest and The Washington Post. 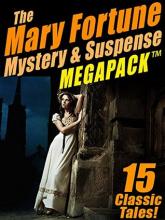 The Mary Fortune Mystery & Suspense Megapack
2014
Posts About This Author