The fires were raging through Washington State. Nothing could withstand the fury. Easton, Lavender and Nelson lay in ruins.

There was only one thing left to do now the fires had taken hold...

A handful of residents from Ronald take a school bus, grab all the worldly possessions they can hold and escape the flames as the fires near their town.

Donna and Kurt are camping in the Wenatchee National Forest when they hear the news. They need to get back to Ellensberg before the fires cut them off.

They need to leave - pronto!

In the distance the dancing red curtain of flame and destruction rose into the night sky.

And then the sheriff detours them...

Detoured onto a little-used and winding backroad that no one knows.

Nobody knew what lay ahead - only what was behind them.

They were all fleeing from hell.

And they arrived someplace worse...

Steve Gerlach is one of Australia's few thriller writers. Born and bred in Australia, Gerlach's fast-paced, cut-to-the-bone style is a refreshing voice in the dry, barren Australian literary scene. Steve's background includes many varied roles. He has worked as an editor for a book publisher; as the editor-in-chief of an Australian motorcycle magazine; editor and publisher of an international crime magazine, Probable Cause; a researcher and columnist for a major Australian daily newspaper; a Technical Publications Officer in the security industry; marketing executive for an international telecommunications software company; and currently works in the field of international transit producers. He also worked as the Historical Advisor on the Australian film, Let's Get Skase. Steve Gerlach lives in Melbourne. He is currently working on a new novel. 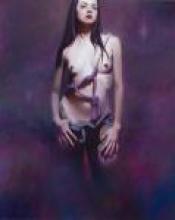 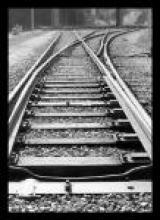 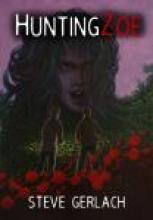