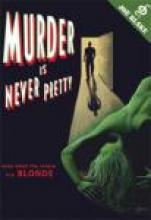 MURDER IS NEVER PRETTY ... EVEN WHEN THE CORPSE IS A BLONDE CHAPTER ONE I was cruising west along Great Eastern Highway, going nowhere in particular, waiting for the call. It was one of those nights. It was hot, the moon was full and the dregs of society were restless. Black storm clouds hung over the Perth hills to the east and we'd had a drizzle of rain. It was enough to bring out the smell of hot tar. It had been a long day and I knew it was going to be a long night. I needed a drink of good old Queensland rum but the wagging finger in the back of my brain told me I had to stay sane. Instead I pulled into my favourite Golden Arches for a coffee. The young assistant manageress smiled as she passed me my discount coffee, leaning out of the drive through window. There were no other customers. We chatted for a while as we watched a ute load of hoons rumble into the empty car park opposite. They were in one of those low-to-the-ground Holdens, with wide mudflaps, stolen bar mat on the dash, spotties strung out along the roof rack and bumper stickers covering most of the rear window. It had Northam number plates. A lanky young kid wearing an Akubra climbed out of the passenger side window with a plastic bottle of oil in his hand. He poured it over the back wheels. They were setting up for a monumental burnout. I considered calling in a rego check and going over and having a bit of a chat to them, but it wasn't any of my business. My business was murder, and I had more important things on my mind. The girl asked me if I was enjoying my coffee. The fast food girls liked us coppers dropping in from time to time for a coffee and a chat. I suppose we might respond a bit faster when they were in trouble if we knew what they looked like ... and this one satisfied two of the important criteria; she was pretty and she was a blonde. If she needed me around anytime I'd be there fast - real fast. I was trying to find out if she was married, not that it really mattered, when the mobile phone vibrated in my top pocket and played the theme from Hawaii Five O. It's a weird feeling I can never get used to, especially when it rattles up against the grip of a loaded .357 calibre Glock in a shoulder holster. 'Joe Blake, Major Crime', I answered. It was work. Someone had reported a gunshot in a Maylands unit and the local boys had been around and found a body. 'I'm off to fight the bad guys', I said to the girl as I grabbed the magnetic blue light and stuck it on the roof, hit the siren button and fired up the Commodore. While it might have come out of the government vehicle pool mine wasn't an ordinary Commodore. It was a Police Special supercharged V6 and the mechanics had played around with the computer. It went faster than most cop cars. There's a difference between a good burn-out and a great burn-out. Great burn-outs depend on three things: performance, coordination and attitude. I checked the rear view mirror, dropped the Commodore into reverse and let it roll back just a bit, enough to get the momentum going. Then I red lined the motor, slammed it into first and dropped the clutch. When the wheels were smoking I dabbed the clutch, hit second and powered out of the drive through. I drifted out onto Great Eastern Highway, slammed it into third, and managed to get that impressive squeal signifying I had all three spot on. Glancing back through the trail of smoke I could see the assistant manageress was impressed. I could tell by the way she was waving her arms. So were the dickheads from Northam. By the time I hit my first set of red traffic lights I was going fast and the magnetic blue light was struggling to hang on. I braked slightly and changed over into the oncoming lane to get around the traffic, let the back end slide a bit as I went through the lights and flicked back into the left lane. I felt the back wheels bounce off the left hand curb as I straightened up. There was plenty of noise and smoke. It was perfect. Advanced driving. Poetry in motion. Shit, I loved being a copper! 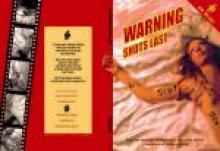