That's exactly what you get in this collection of action stories from Matt Hilton, Paul D Brazill, Richard Godwin, Rod Glenn and many other established thriller authors, including stories from bestselling ebook authors and exciting up-and-comers. Think back to the days when heroes were heroes and the action was furious and full-blooded. When often as not, the hero was quite the opposite: an anti-hero - but he needed to be, to bring the kind of violent justice to villains worse than him. When political correctness took a back seat, even as the bullets and karate chops were flying. Basically it was good old harmless fun. It was a case of disengaging your moral compass and getting down with the hero as they took on all comers, and they did it with balletic grace and uncompromising violence. Gratuitous? Mostly. Realistic? Not always. Great fun? You betcha!!! Then fast forward to the here and now: What if the current action and thriller authors set their minds to bringing back the action genres of old? Well, that question is answered here, for the second time: Within these pages you will find hit men, secret agents, vigilantes, private eyes, assassins and professional thieves, savage warriors and one or two others who can’t be easily categorized, all kicking ass and taking names. Some of the tales are delivered with shocking realism, some as lighter entertainment, some on the grittier side, but each and every tale included in Action: Pulse Pounding Tales Volume 2 is sure to get your heart racing.

Tyson started writing after an unfortunate accident with an imagination and a pencil at a young age. Not being allowed to carry out black-ops operations, he instead writes thrilling stories. Tyson has a couple of science degrees, is married with a son and fur-kid and is a vocal proponent of renewable energies and quality whiskey. 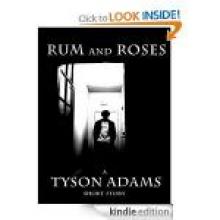 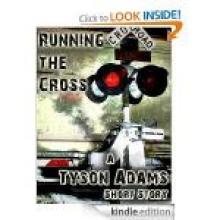